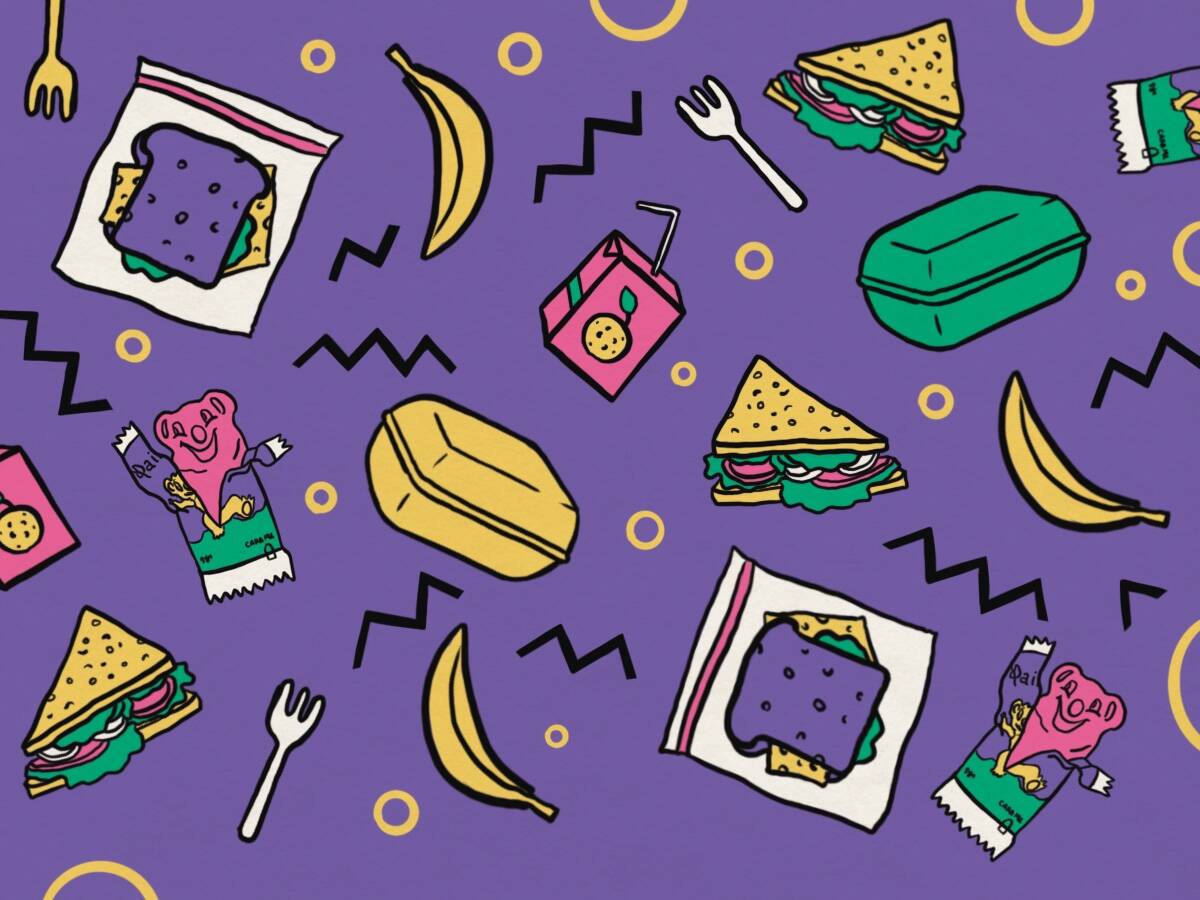 Mapping the differences and similarities of our lunch boxes

This article is part of our monthly issue “#ThrowbackNovember,” in which we’ll explore various aspects of childhood memory through the lens of food. We’ll share fun recipes that riff on those memories and a slew of fantastic videos featuring our team in hopes that you’ll watch, share, and comment on with your own nostalgia-filled takes. Check out this link to find an overview of all our weekly topics, stories, recipes, and more.

Growing up in Germany in the 1990s and early 2000s meant you knew a thing or two about school lunches from American TV shows, which didn’t quite resemble the reality of lunch breaks on this side of the pond. For one thing, German schools typically ended around 1 or 2 in the afternoon, and the idea of a cafeteria stocked with hot food wasn’t yet imaginable. That's why our lunch break was simply called a break or “bread break” and the eponymous contents were eaten in the morning. From healthy wholemeal bread and fresh vegetables to Nutella sandwiches, Lunchables, and other ready-made snacks, it seemed my classmates and I had all sorts of things for lunch.

For our monthly issue #ThrowbackNovember, I asked some of my colleagues from all over the world what their best and worst memories of school meals were. Read on to learn about how peer pressure influenced their meals and which snacks made them the ruler of all school lunches.

Andreas, Lisa, and May (Germany)

For many children in Germany, school meals often meant one thing: bread—and maybe some fresh vegetables. Both my colleague Lisa and I remember a very similar set-up for our lunch boxes: thick slices of cheese wedged between slices of healthy whole-grain bread that were often a bit too dry. Although this was packed with love by our parents, we preferred crispy wheat rolls and white sandwich slices, not to mention the cold pizza slices and sweets that other kids brought in. The fact that we “suffered” from the cheese or sausage sandwiches our parents packed us, did not mean, however, that we automatically found other foods interesting. In German classrooms, as probably in any large group of children, there was one clear rule: What you don't know, you don't like.

Take May’s lunch experience, for example. Her parents filled her lunch box with food that was typical for Vietnamese breakfast. Banh mi, steamed baos, and rice cakes wrapped in banana leaves were all looked down upon by her classmates for their “strange” smells, a reaction that led May to ask her mom to make cheese sandwiches from then on. It’s absurd to think of these foods as strange, given how popular they are today.

Our editorial assistant, Prerana, grew up in Mumbai. At her school, lunch was a very social activity: Children came together and shared the contents of their lunch boxes. This meant you could swap out some of your unloved vegetables for more delicious ingredients from other students’ boxes. Save for one basic rule: Everyone had to keep at least half of the food they’d brought with them, and no matter how appetizing someone else's food was, there was no hogging allowed. Prerana remembers that one of her school friends had the same food every day for two years. If you think this would be boring, think again. According to Prerana, "Was it the best potato sabzi I ever had? YES. But would I want to eat it every day? Also YES."

Our managing editor Devan remembers, "As a child I couldn't appreciate it very much, but today I sometimes long for the loving gesture of my mother: Every morning she cut off the crust of my sandwiches and packed me a fresh lunch box—in professional life there is often no time for that kind of thing.”

Although there are more than 6,000 miles between her hometown in Minneapolis and senior editor Ruby's hometown in Australia, their school lunches were very similar: sandwiches, sandwiches, and even more sandwiches.

In Australia, students remained in the classroom until they finished eating. But that also meant that under constant observation, everyone knew who had what for lunch. "I felt I had to hide my whole-grain sandwiches and carrot cake wrapped in brown baking paper, because they looked far too homemade and not as accurate as other people's food," Ruby says. She even went so far as to leave her food at home one time, just to avoid having to eat an egg salad sandwich in public. This didn’t stop her, however, from trying to get her hands on a coveted snack or two. "I simply begged a classmate known as the queen of industrial snacks for food, much like I do in the test kitchen these days,” she says. “Unfortunately I didn't get any junk food snacks from her, just a boring sandwich—really pitiful.”

Our project manager Océane and intern Sophie both told me about similar conditions in their schools in France: The cafeteria often served subpar food, which most students ate from, unless they could run home during the break or had the funds to eat out. Both talked about certain dishes that everyone coveted, but which could not be more different. In Sophie's school, there were actual fights over bread, because that was the best option among dishes that took some getting used to. And at one point—to the parents’ indignations—a station with all-you-can-eat french fries was introduced at Océane's high school. But within a few weeks, the crowd-favorite quickly turned into an absolute no-go, and anyone who loaded up their plates with fries found themselves on the receiving end of lingering stares. And let’s be honest: side-eye in the cafeteria was the last thing anyone wanted.

In the school cafeteria of our junior designer, Keke, students were given stainless steel trays to fill in whichever way they wanted. One of the dishes stood out. It was called "fighting bears" and was the most valuable currency in the cafeteria. "It was even more valuable than the latest gossip, which you could finally exchange during the lunch break after the morning school hours," she says. How the dish got its droll name is unfortunately unknown, as it was just regular chicken schnitzel. Students still sprinted towards it whenever it was served for lunch. Unsurprisingly, meat always ran out quickly.

Fried chicken was also very popular in Yijun's school, along with seasonal specialties such as mooncakes, to celebrate special events. Along the way, the myth that the cafeteria food tastes best on Wednesdays also persisted. But that often didn't help, because for some reason the cafeteria was particularly fond of cooking with green peppers, the vegetables she disliked the most.

Associate editor, Xueci, attended a boarding school as a child and therefore had a slightly different experience: "For breakfast, a teacher came to the cafeteria with a pile of labeled bags and each child received a care package from home with protein powder and homemade chili oil to be stirred into our morning rice soup.” The parents wanted to ensure that their children would grow up big and strong, but certainly also that they would eat something that reminded them of home.

What are some of your memories of eating at school? Which food was coveted the most amongst your schoolmates? Let us know in the comments—we’re looking forward to reading them!

A Beginner's Guide to Mexican Cuisine

Why Are So Many Professional Kitchens Run By Men?

Do You Have a Recipe for One of Our Most-Requested Dishes? 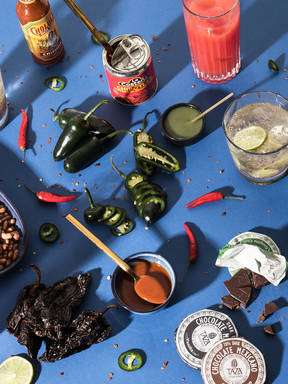 A Beginner's Guide to Mexican Cuisine 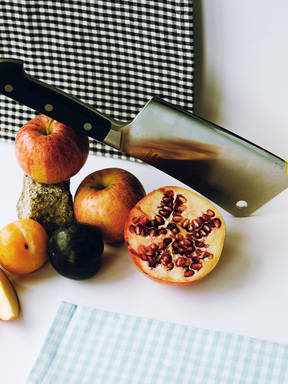 Why Are So Many Professional Kitchens Run By Men?

Do You Have a Recipe for One of Our Most-Requested Dishes? 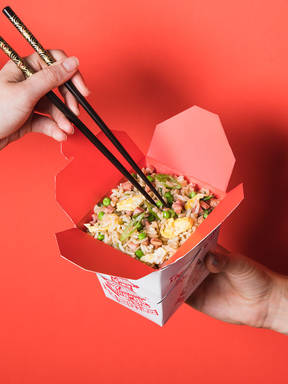 How to Make the Best Homemade Fried Rice 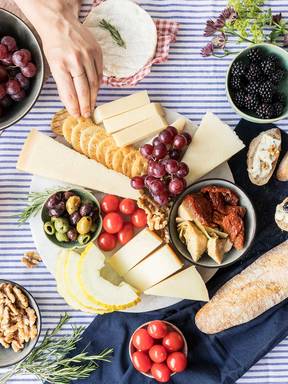 Wait, Not All Cheese is Vegetarian? 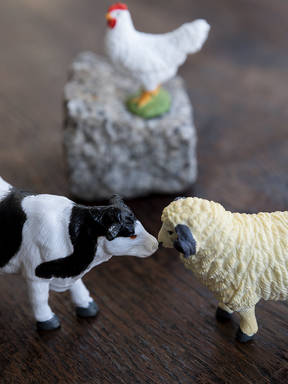 The Only Guide to Meat You'll Ever Need